Our mission is to help Canadian leaders and organizations be heard and thrive globally in support of Canadian unity and competitiveness. Our preferred clients are leaders (and aspiring), SMEs, NGOs & other caused-based institutions.

We walk the talk, know the Canadian (and North American) business ecosystem well, and have your best interest at heart.

For more information, see our client testimonials or contact us today.

Social Media Boost: a unique high-tech/high-touch solution to grow your social media influence on auto-pilot so you can stay focused on your KPIs (available for Twitter & Linkedin)

Creative Content: with our deep knowledge of social media, we curate promotion campaigns with a specific objective (ie launch a new product, site) or general content to keep your audience engaged.

Networking & Business Development: with our vast pan-Canadian and global network + our multilingual team, we connect Canadians, their companies and offerings nationally and internationally.

Get in touch now 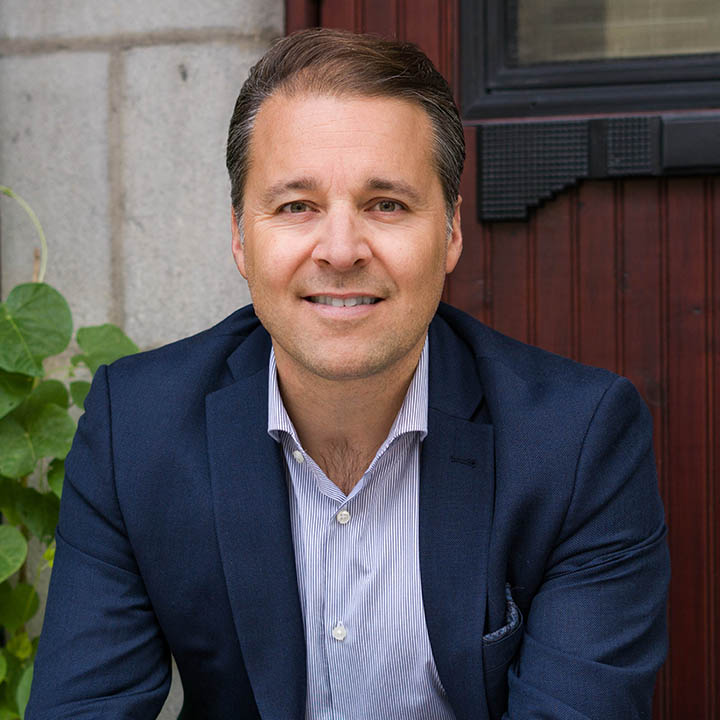 As a natural communicator, leader and entrepreneur, Flo has produced multimedia projects globally since 2008.

In 2017, he co-created TheFutureEconomy.ca, an impressive Canadian-focused site of leader interviews on the future economy, and built an influential national network and social media following in the process. Previously for a decade, Flo produced high-profile investment profiles in Africa, the Middle East, Southeast Asia and eventually in Canada, where he also organized 3 high-level conferences in Alberta.

All in all, Flo speaks 4 languages, he has lived and worked in 12 countries and 3 Canadian provinces (AB, BC, QC), he has conducted over 1,500 top-level leader interviews globally, 1,000 of which in Canada.

In Fall 2021, Flo launched Digital Networking for Thought-Leaders (DN4TL) to leverage his personal flair, passion for business development, his extensive real-life networking experience and connections, and his affinity with technology to help Canadian leaders connect and grow their social media influence, in support of Canadian unity and competitiveness. 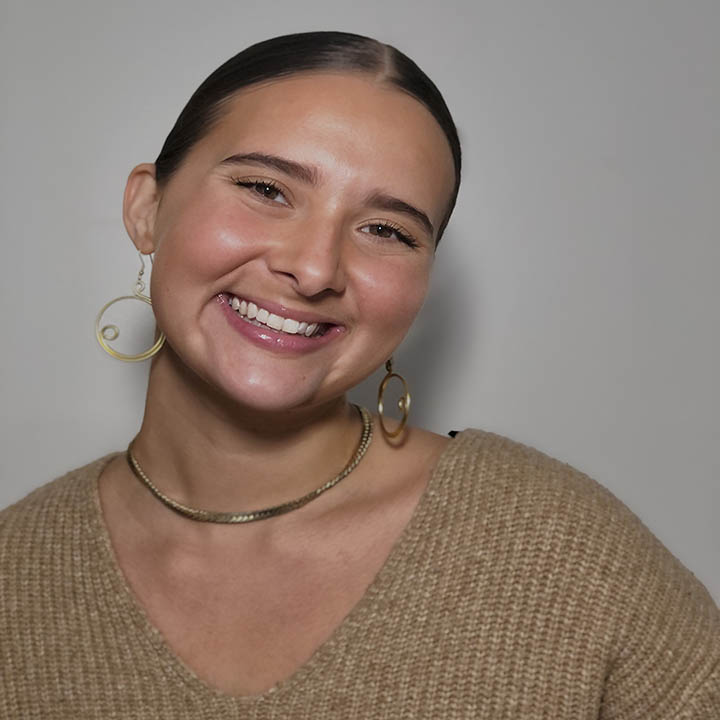 Bella manages our flagship Social Media Boost service and is in charge of making sure everything runs smoothly for all our clients.

As a young girl in Barbados, she never missed an opportunity to let her entrepreneurial side shine, whether it was spending all day making crafts to sell to her neighbors or coordinating talent shows for the kids on weekends. At 16 she packed up and made her way to Costa Rica to finish high school on her own, an impactful experience that led her to her current homestead in Montreal.

A recent McGill grad, Bella has a diverse background, from bartending to operating the backend of an eCommerce wedding dress boutique, she’s done it all. Having a degree in Sociocultural Anthropology, there’s no wonder she always finds herself in positions that are all about people! 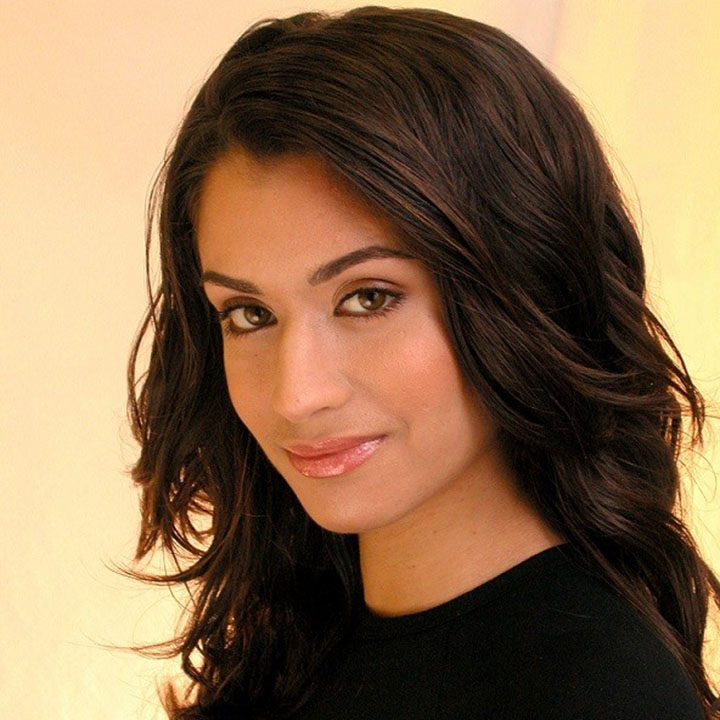 Loukia Papadopoulos supports our Founder & CEO, and coordinates a variety of projects for the team.

She is the former program manager for the Clean Energy Business Council. She has had a long career in journalism and the not-for-profit sector which included roles with the United Nations Momentum for Change, Leo Burnett and Al Arabiya English.

She holds a D.E.C. in Pure and Applied Sciences from Marianopolis College, a B.A. in Communications and a M.Sc. in Geography, Urban and Environmental Studies from Concordia University. 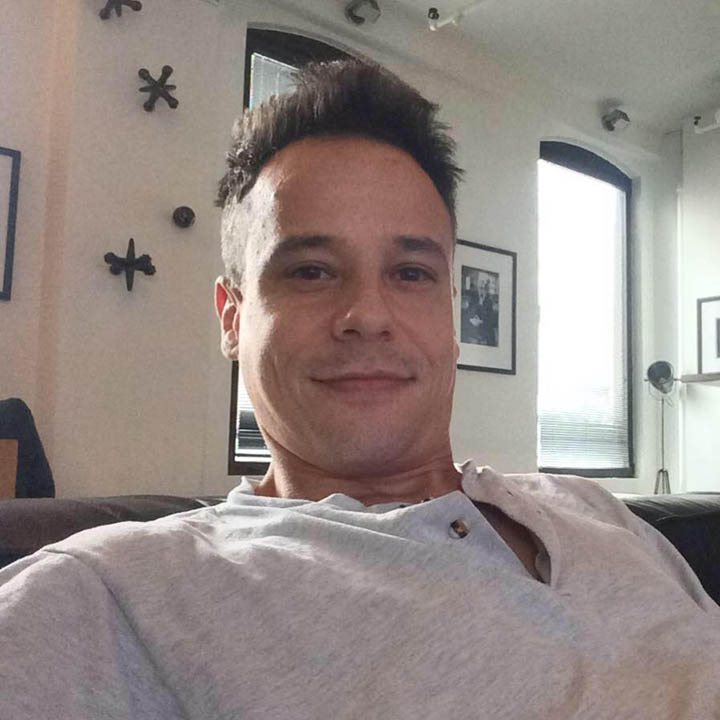 Brad Reason grew up in Baltimore, Maryland, realized early on he had a passion for technology, cyberculture, and futurism. Brad has been working in the field for 15 years. 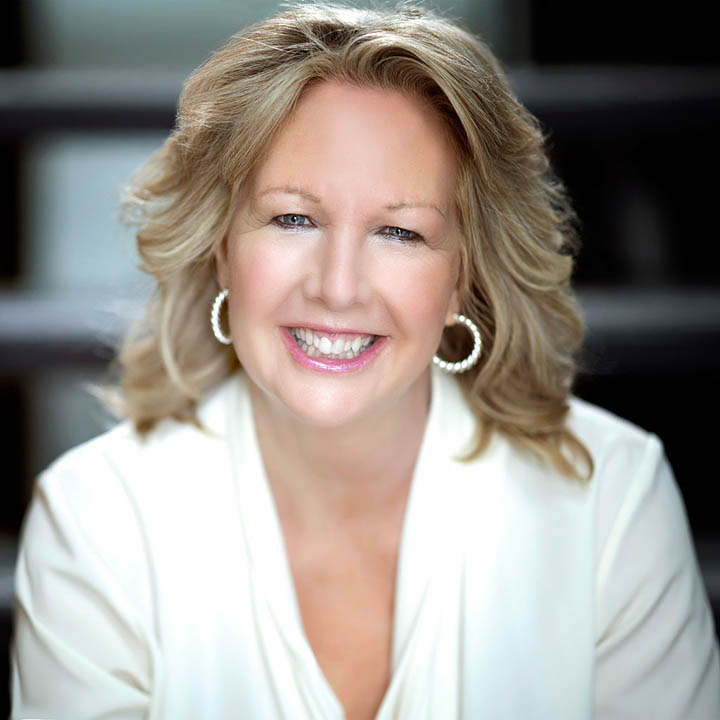 With more than 25 years’ experience with leading international PR firms, including VP positions with Hill & Knowlton and Weber Shandwick, Wendy has just about done it all.

Her passion is performance – for clients, and on the racetrack. Gearing up and creating high performance strategies and programs is the checkered flag we drive for – for every one of our clients.

Prestigious organizations that use our services 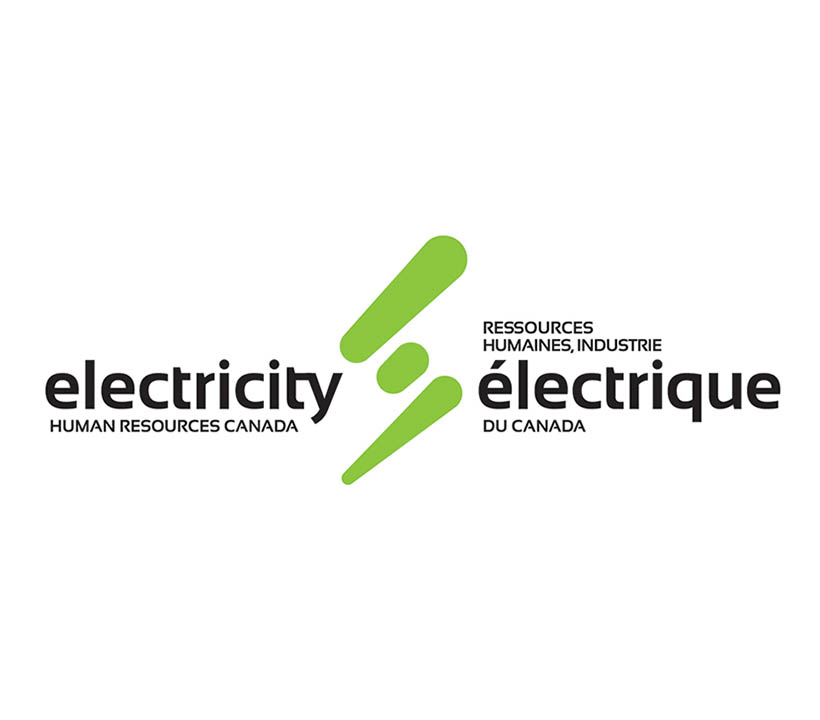 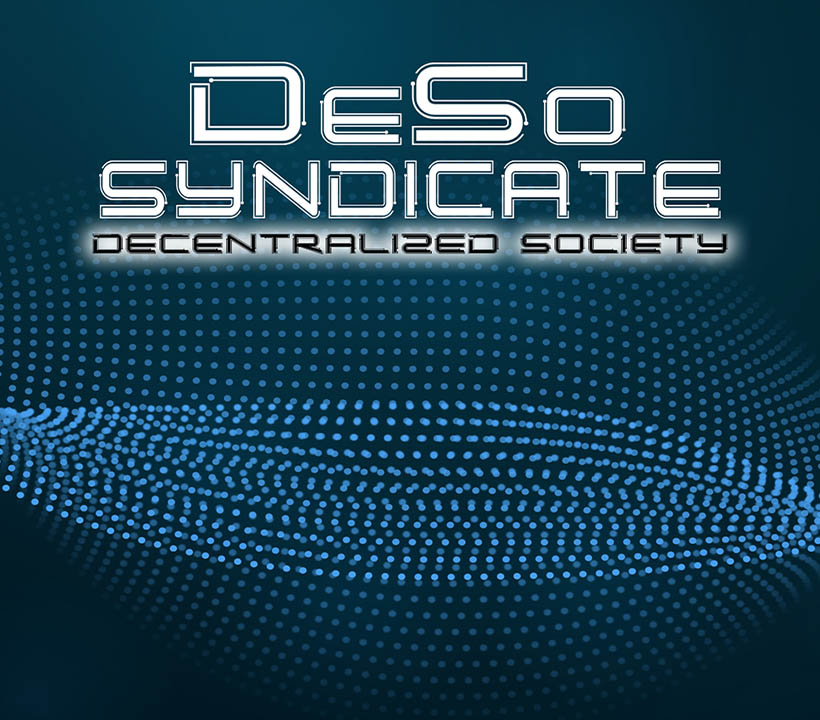 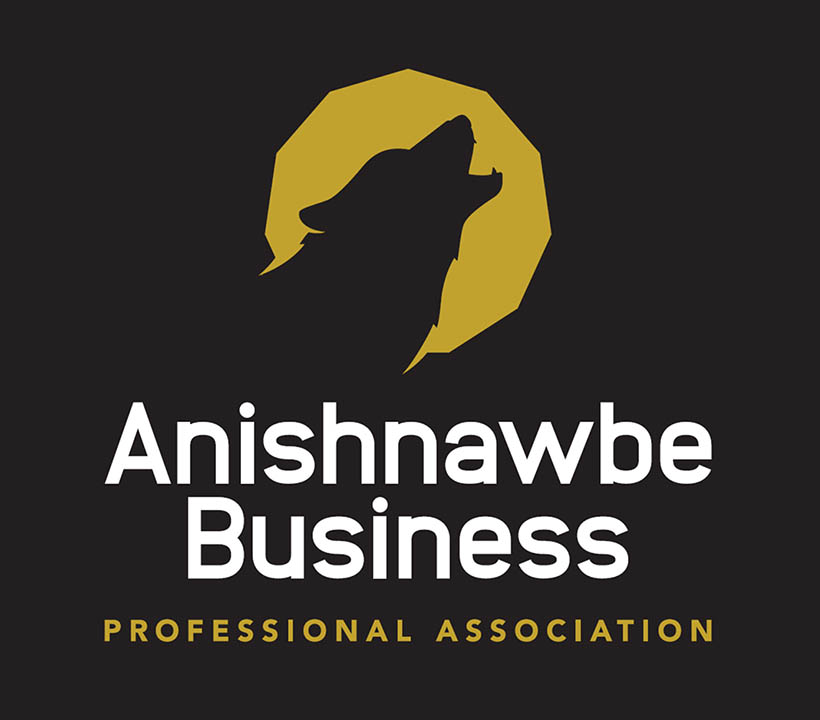 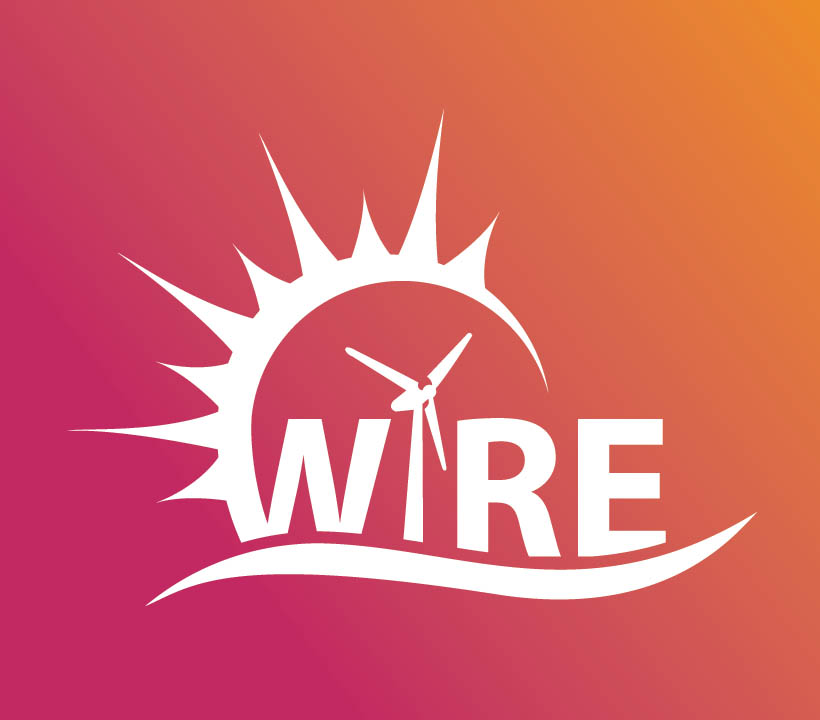 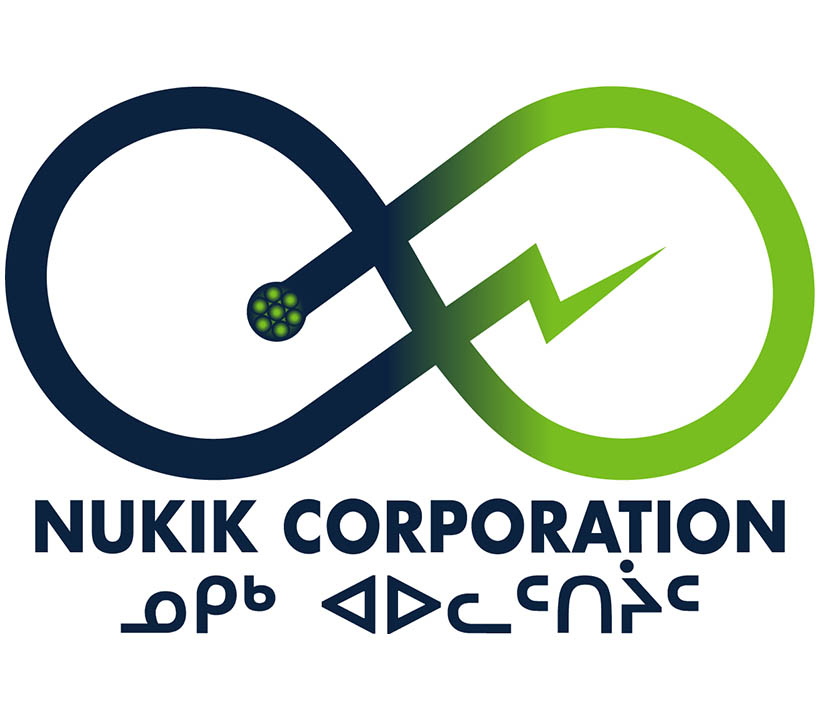 “DN4TL’s service delivered tremendous value and has helped me improve my outreach amongst key audiences! The team’s service is personalized, responsive and turnkey, which will be appreciated by many leaders I’m sure!”

“I have worked with Florent on several projects, all related to my own personal branding, social media outreach, website design and profile expansion. Florent and his team at Digital Networking for Thought-Leaders (DN4TL) were always amazing to work with — responsive to requests, super professional and supportive, and always provided excellent work. I’d recommend Florent to anyone who’s looking to increase their own personal or business network.”

“In just 6 months, we have doubled our audience and seen growing engagement rates effortlessly! The DN4TL team is passionate about its clients and understands crypto so collaboration was both easy & effective.”

“Thanks so much for the work you and Bella did over the last 6 months! It’s been so great to see our followership grow, and to receive such expert feedback on our Twitter account and engagements. We’re thrilled we exceeded our target of 10K followers – amazing.”

Executive Director at Evidence for Democracy

DN4TL has impressed us with their pragmatic and personal touch. We have seen massive growth in organic followers that engage in our posts daily. This success has been consistently repeated with our clients too. It’s very refreshing to work closely with a partner that understands the complexities and will pivot to the fast moving world of blockchain, Web3, Metaverse, NFT and more we require.”

“Standing out and being heard on busy social media platforms is as much art as it is science. DN4TL’s service simplifies and automates the art and science leading to significant high-quality network growth while also making your social media effort more impactful.”

“Working with Flo and his team has been a tremendous experience.  DN4TL’s energy and professionalism have supported amazing growth and engagement on our social media channels , while also supporting our overarching marketing strategy.
For any business leader who is looking to cut through the noise and elevate their social media voice (presence), DN4TL brings results.“

“Thanks to Flo of DN4TL who has supported Scaling Up since 2018. This year, his presentation “3 Steps to Boost your Social Reach & Influence” really stimulated the audience and was timely for Canada’s Bioeconomy. I have also been enjoying his engaging mini-interviews with Scaling Up industry leaders. We look forward to working together in 2023.”

“Within only one month of using the boost service, my LinkedIn account grew in high-quality followers by 30%! I plan to expand my use of the service to Twitter next, and have also been recommending it to colleagues and clients.”

“Working with DN4TL was an easy and efficient way to boost our association’s social media presence – 10 times the followers in just three months! This lasting growth has added significant value to all of our communications activities by enabling us to reach a larger and more relevant audience.”

“DN4TL has been wonderful to work with and they have increased WiRE followers. Working with the DN4TL team has been super easy and flexible, they are extremely professional and always there to answer any questions. They added value, they were reliable and innovative. We recommend that everyone engages with DN4TL”

“I’m very grateful to DN4TL for helping me promote my new memoir The Blue Riviera. They set up and rapidly grew my Twitter presence, and also helped design my website. They listened to my ideas and suggested a strategy that would work for me. The team exceeded my expectations from start to finish This experience has been invaluable from the inception onward. I highly recommend this unique team of creative professionals!”

Author of The Blue Riviera: A Daughter's Investigation

“As a newbie to running a campaign on Twitter, I was in need of guidance. Running a campaign for City Council and learning social media was a tall order. I learned a lot from Bella and Florent and gained outstanding numbers of followers. Although we didn’t win this round I am prepared to get the election trail started now for the next campaign. The engagement they created still continues and the quality of followers makes my heart happy. Thank-you for your integrity and passion to make this work. I highly appreciate it and will recommend your services to others.”